Our spot right off the highway here in Inwood has been a place for wholesome, local food for a long time.  This site was originally developed in the early 1920s to promote cooperation among local farmers at a time when the South Berkeley apple rush proved that prosperity required more than just luck.  $100,000 was secured from the government to be used to erect a horticultural school in Inwood.  A school might not sound like much of a benefit to struggling orchardists; however, with the funds, a fruit packing plant was built and a school was also conducted inside the packing house.  The one-of-a-kind school taught local farmers how to grow fruit profitably.  The facility led to a successful fruit grower’s cooperative and helped many apple producers save money on packing fruit before shipping it to market on the railroad.

On a cold January evening in 1955, the building ignited in flames.  Then believed to have been the biggest rural fire in the county’s history, it caused incredible damage.  In time, the facility was rebuilt and later became the Inwood Farmer’s Market operated by the West Virginia Department of Agriculture.

In 2014, Robert Taylor and his son Ryan Taylor took over operation of the farm market realizing an old dream of bringing their locally picked fruits direct to the community.  Life-long residents of Berkeley County, the father and son team behind Taylor’s Farm Market farm over 2500 acres of row crops, orchards and vegetable gardens and operate a water hauling business for swimming pools.  The current building allows more than ample space to share the freshest produce, wines, dairy, meat, handmade crafts, and bakery items that West Virginia proudly produces.  Where some saw empty warehouse space inside the farm market facility, the Taylor’s saw opportunity to enhance the community.  In 2016, The Cider Press  was born with a mission to be a great family place in Inwood serving fresh food, hand-crafted from scratch featuring seasonal market ingredients from local farms when available. 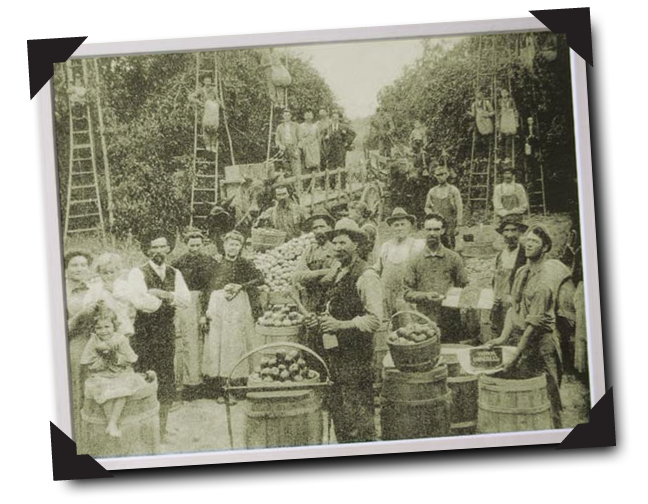